Today, everyone knows of social media “influencers.” On Instagram, they have that big letter K or M next to their number of followers or maybe even the little blue circle with a check to signify they’re kind of a big deal. They have lots of followers, often team up with people sporting matching letters and checks and many follow posts with “#ad” or “#sponsored.” When you see that hashtag, it usually means those influencers are getting paid to promote whatever brand they are showcasing. In case you still don’t know what I am talking about: 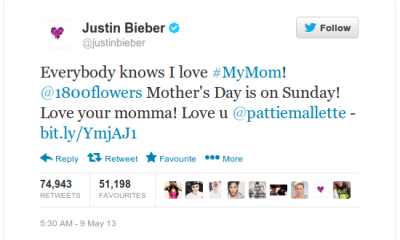 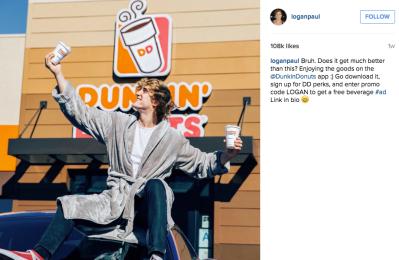 These are all examples of influencer marketing which is becoming a huge asset for billions of brands around the world. According to Quora, 94% of brands said working with influencers was a success. It is undeniably true that social media plays an incredibly large role in our lives. In fact, the number of social media users worldwide in 2018 is 3.196 billion, up 13 percent year-on-year (Global Digital Report 2018). So why wouldn’t companies be using these social media mavens to market? People follow influencers for a reason. They actually care what these social media leaders think and do—and it shows. Teagen West explains, “84% of consumers make a purchase after reading about a product or service on a blog – that’s almost 9 in 10 people (scrunch.com).” Influencers have authority and the ability to impact so many people. They not only have a lot of people watching them, but have built trusted relationships with their followers and know how to engage the public on a personal level. A consumer review survey by BrightLocal found 88% of consumers are trusting online peer reviews more than traditional advertising which makes sense when you think about it. Wouldn’t you trust what your friends are saying to buy over what a brand is saying?

Many of you may think the idea of influencers is new but I hate to break it to you, influencers have been around for a long time. While the marketing sense of influencer is definitely newer, the word itself dates all the way back to the 1660s, when Henry More referred to ‘The head and influencer of the whole Church’ (Oxford Dictionary). Celebrities have long been used in campaigns and advertisements but social media allows people just like you and me to reach others and build a following, eventually becoming celebrities in their own right. Social media is rapidly growing so you can bet influence marketing will also grow as companies realize its power.