This year’s Super Bowl showdown between the Atlanta Falcons and New England Patriots is just days away. More than 100 million people tune in to the football game annually, but many of these people only care about the iconic halftime show performance. Over the last few decades, some of the world’s biggest stars have hit the stage, drawing in viewers from all walks of life. This year’s Super Bowl halftime performer is the one and only Lady Gaga.

When Lady Gaga came onto the pop music scene in 2008 with her hit single “Just Dance”, the world did know that a pop culture icon was being born. Over the next few years, she would go on to release single after single that topped the charts. Her fame grew exponentially and she gained a loyal fan following that would praise her every move. Lady Gaga began to refer to herself as “Mother Monster.” Gaga sent a message to the world that she embraces the weird in people rather than criticizing them, and encourages her fans to not be afraid of being a little different.

Aside from her music, one of the most iconic aspects of her brand image would have to be her out-of-this-world fashion choices. Fashion critics and fans alike would anxiously await for Gaga to arrive at red carpet because there was no telling what she would wear next. Lady Gaga’s raw meat dress from the 2010 VMA’s was arguably (but really there is no argument) one of the most memorable fashion statements ever made. 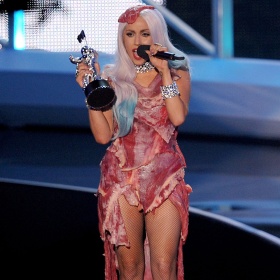 While Gaga’s fashion choices seem to be a little less extreme in recent years, her advocacy for LGBT rights, women’s rights, and against sexual violence have certainly not slowed down. Lady Gaga has used her voice and massive following to fight for the rights of so many people. She has cemented her brand image as someone who advocates tirelessly for equality.

With that being said, there is no doubt that Lady Gaga’s half time performance this Sunday will be anything short of iconic. What will she do with this massive platform? I think it is safe to say that a statement will be made. Do you think Lady Gaga will send a social message? Bring back the (now very very aged) meat dress? Or will she just captivate the world with her amazing vocals?

Leave a comment down below telling us your 2017 Super Bowl half time performance predictions. 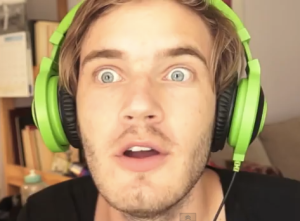 “Creativity out of necessity.” In 2005 the most successful free video streaming site was created by three college graduates who had a major dilemma…

YouTube has evolved to so much more than a free and easy way to see inappropriate videos of celebrities. Now it’s so sophisticated that people can earn their livings video blogging, or vlogging, about anything they want. The site started with one unfortunate (or maybe fortunate, depends on how you look at it…) celebrity “wardrobe malfunction,” and now YouTube is making a whole new category of celebrities; self-made vloggers. 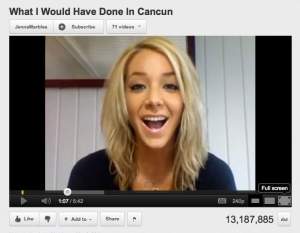 Just as YouTube has changed over the years, the vloggers that scramble to be the next big internet sensation have started to move from computer screens to larger ones. Jenna Mourey or Jenna Marbles as she is known on YouTube is the top female vlogger with well over 15 million subscribers which ranks her channel seventh overall. Mourey now can be seen in episodes of Epic Rap Battles in History, Fake n’ Bacon, and Ridiculousness. Hannah Hart who rose to fame with My Drunk Kitchen, and hosting cameos on Mental Floss sat down with People last week to promote her upcoming TV mini-series Electra Woman & Dyna Girl airing in 2016. Then there is PewDiePie, with 40 million subscribers and over 6 billion views Felix Kjellberg has raised YouTube vlogging to an art form. By basically inviting the world into his living room to watch him play video games, Kjellberg makes $12 million dollars a year and is helping to shape the indie gamer market. Like the Oprah effect, when Kjellberg mentions a game it sees a spike in sales.

YouTube has become so popular that they have dedicated a whole convention, VidCon, to the videos and YouTube “stars”.  VidCon features workshops and speeches on how to launch your own YouTube career, video highlights, and YouTube celebrities waiting to meet their fans.  For a few hundred dollars fans can attend the three-day conference, with varying levels of entry to events.  Tickets range from general entry at only $100 for the “Super Early Birds”, to $750 for the Industry Standard Price.  For those interested in the online video industry beyond basic video production the industry ticket is the way to go.VIdCon offers a variety of events for industry professionals including: seminars, keynote speakers, and helpful tips on how to use online video to promote your company.

There are many benefits for marketing your brand via YouTube:

For those who tuned in to the one-sided beat down that was Super Bowl XLVIII, it is tough to look past Peyton Manning’s subpar performance throughout the entire game. For someone who had a record-breaking regular season, coming into the game with the #1 ranked offense in the league, he really failed to deliver.  At least his buddies at Papa Johns can still deliver, and hopefully in 15 minutes or less! Peyton Manning has proven himself to be a heavy endorser of Papa John’s, especially after purchasing 21 franchises in Colorado. Riddle me this, how is it that professional athletes are the best endorsers for unhealthy food choices, yet their physiques and life styles are not aligned with their sponsors? Maybe Peyton made the mistake of actually eating some of the delicious pizza before the big game. Let’s face it; a big greasy pizza is not an ideal pregame meal for any sort of competition. Not to mention how slippery it will leave your fingers (which may result in a few interceptions).

Sponsorships are used in advertising to endorse products through the featured prolific person, whom would assume to be relatable to the product or service. Some people choose their products carefully, whereas others appear to care only about the personal gains. Many sponsorships prove to be for monetary gain when using unrelated people for products. For example, irony is apparent when an athlete endorses an unhealthy food service, such as Anderson Silva, a UFC middleweight champion. Although Anderson also sponsors athletic corporation NIKE, the UFC fighter is a well-known advocate for fast food chain Burger King.

Just a little over a month ago, on one of the most eagerly awaited UFC rematches of all time, Anderson Silva entered the octagon with his Burger King logo stamped right on his thigh.  For those of you unfamiliar with Silva, he is widely regarded as the pound-for-pound best fighter in the world. However, midway through the second round Silva finished himself by snapping his own shinbone over the side of Chris Weidman’s knee. The type of healthy life style decisions Silva makes in order to be best of the best does not accurately reflect his endorsement for Burger King.

Here the athlete presents himself with a fighting glove in one hand, and a triple burger with bacon in the other. Aside from the fact that the burger is full of some sort of protein, which athletes consume to gain muscle, the advertisement demonstrates a winning athlete endorsing an obvious unhealthy meal. This endorsement, like a few others is an ironic match with an arguably more ironic ending. Furthermore, a burger like such may be easily burned off by the strenuous activity and amount of energy exuded by a professional athlete. The everyday average Joe on the other hand, may only burn off the fries that came in the combo with the enormously sized burger. Professional athletes are then supporting and encouraging the very things that cause obesity within America, just not for their own bodies.

The frequently shown fast food endorsements among some of the most popularly watched professional sports could be an indirect factor and influence of obesity within America right now. If Athletes supported the healthy alternatives instead, perhaps there would be a lesser percentile of overweight and obese diagnoses within the United States. Is fast-food sponsorship among professional athletes problematic, or would sales remain the same among the fast food industry because of the convenience?

A cup of Dannon Oikos yogurt: $2.00. David Beckham PJs: $29.95. Having your ad air during the Super Bowl: Priceless, or $3.5million. It’s all in the eyes of the beholder. This Sunday, February 5th, the 46th annual Super Bowl will take place in Indianapolis, IN with commercials that will showcase some new players in the field of big-ticket advertising.  Over 100 million people watched the big game last year, with even more viewers anticipated to watch this year.  The Super Bowl is notorious for its entertaining commercials which makes it a perfect place for up and coming companies to release their new marketing campaigns. These marketing campaigns turn a football game into an entertainment event for football fans and non-football fans alike.  There are certain big name companies that participate in the Super Bowl each year to retain their loyal customers and to intrigue potential new ones.  Companies like Coca-Cola, Lexus, Budweiser, Doritos, and M&M’s are just a few of the regulars in the Super Bowl advertisement world.  This year, however, some new names like H&M and Dannon are being tossed in the mix of million dollar commercial spots.

This year’s Super Bowl will premiere the very first ad by the Swedish fashion label, H&M.  The purpose of this commercial is to promote the David Beckham Bodywear collection which launched today, February 2.  What better way to promote this new H&M line than to display David Beckham, himself, during the second quarter with 100 million viewers watching!  H&M’s Director of Marketing saw this as an opportunity to expose their ad campaign to catch the viewers’ attention.  Beckham’s H&M collection is going to include long johns, vests, boxers, briefs, T-shirts, and yes—even PJs!

“We’re always looking for new ways to surprise and delight our customers, and we see this as a unique opportunity to reach millions of fans and H&M customers.” 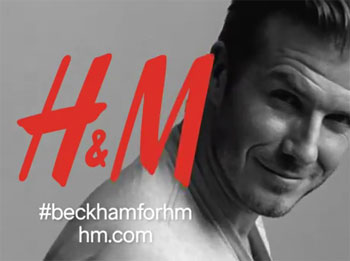 The Dannon Company also released their first-ever Super Bowl commercial for their Dannon Oikos Greek yogurt. This is not only the first Super Bowl appearance for Dannon, but the first appearance for any yogurt company. The commercial titled “The Tease” will be shown during the third quarter of the Super Bowl and stars “yogurt loving” Greek actor John Stamos’ and actress Jessica Blackmore. The two are flirtatiously battling over a spoonful of delicious Dannon Oikos yogurt before John learns that Jessica is serious about her yogurt. The humorous, creative advertisement wants to share with millions of viewers the new delicious and nutritious great tasting Greek yogurt.

“We are committed to helping people lead a healthier lifestyle but not at the sacrifice of great taste. No matter who’s playing in the game on February 5, we are guaranteed to inform and entertain the broadest possible base of Americans about the delicious and nutritious yogurt we make.”

These rookies are breaking out of their shell and risking millions of dollars for what could be seen as the best chance to promote their brand to a mass audience. The Super Bowl allows these companies to promote their new strategic marketing campaigns to millions of people at one time.  The potential rewards of increasing sales from new and existing audiences outweigh the monetary risk. We will be interested to see if investing in the Super Bowl will have a positive impact on their sales.