Baseball, hot dogs, apple pie and Chevrolet. That line from this 1970s ad for Chevrolet exhibits the brand’s position as an American icon.

Fast-forward several decades, and General Motors’ Chevy is still an iconic American brand. Meanwhile, in China, the Chevrolet brand is still young. Chevy is China’s seventh-best selling brand, although two models, the Cruze (sold in North America) and the Sail are strong sellers.

While Chevy is still catching on in China, another longtime GM brand from the United States holds popular: Buick. 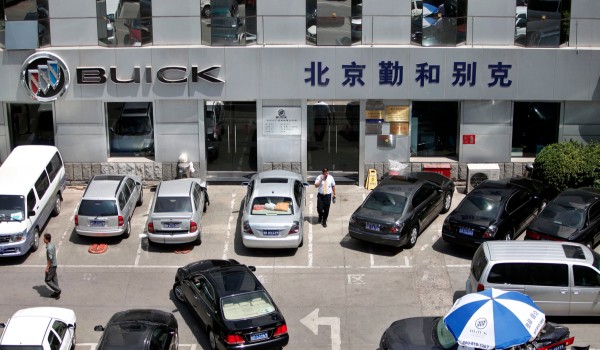 What explains Buick’s popularity in China? The answer is rooted in the early 20th century when important Chinese government figures such as president Dr. Sun Yat-sen, premier Zhou Enlai, and emperor Pu Yi either owned, drove, or were driven around in Buicks. This historical background adds to Buick’s image of upper class and prestige. Their advertising uses images of success to propel Buick to a high-end brand, such as in this Buick Excelle ad from the 2000s.

Establishing global brand coherence has its difficulties. To contrast, in the United States, Buick is having trouble shaking off the “55-to-dead” demographic, and they tackle that problem in this new ad that features the demographic commonly associated with the brand in the U.S. with the desired target demographic in the driver’s seat of the brand-new 2014 Buicks:

GM isn’t the only American automaker popular with the Chinese. Ford’s sales in China rose 49 percent in 2013, and the Ford Focus was China’s best-selling car that year. NPR interviewed 32-year-old Li Ning, who said he bought a Focus because he likes its muscular American style. In China, Ford is establishing its image as young and trendy.

Auto China 2014, the Beijing International Automotive Exhibition, kicked off on April 20th and runs until April 29th. At Auto China, Ford is introducing a luxury brand familiar to Americans—Lincoln.

Lincoln’s model of selling cars in China is called “The Lincoln Way” and features luxurious showrooms that feel like a five-star hotel. Lincoln plans to focus on building customer relationships by understanding and fulfilling their needs. Lincoln may bring this style of personal selling to the U.S. based on how it works in China.

Only time will tell if Ford’s effort to introduce the Lincoln brand to China will be a success. Will it become a competitor to Buick, which is already established as a strong luxury brand in China? Are there other ways in which this is an example of globalization?