The NFL may already be the center of focus during the Super Bowl, but that doesn’t stop them from joining the competition for the most memorable advertisement of the night.

If don’t watch the Giants play, you may be unaware that Odell Beckham Jr. has become fairly well-known for his touchdown celebrations. See the below highlight reel for reference:

In a commercial with the slogan “To All the Touchdown Celebrations to Come,”  Eli and Odell take on the epic 80’s classic Dirty Dancing. The two tackled the iconic choreography with near perfect accuracy. Although, admittedly, Odell’s moves are a little more polished than Eli’s, but that just adds to the charm of the ad.

The goal of the advertisement is to market for the upcoming season by highlighting the fact that, for most teams, the Super Bowl marks the beginning of a fresh start. For Eli and Odell, that means nailing the perfect touchdown celebration.

The ad is a mix of surprise, nostalgia, and humor, working in unison to secure its spot at the top of the numerous “Best Super Bowl Commercial” lists for weeks to come after the game–that’s free advertising. The cost to run an advertisement during the Super Bowl is worth it if the ad is successful. Not to mention the fact that several of the ads, including this one, go viral online before the game even airs.

How do you think they did?

When I think about the NFL, or football in general, my mind immediately goes to large men with helmets running into each other; granted, I am not a big sports fan.  Most people’s minds wouldn’t imagine a little girl as the face of a major NFL ad campaign.  However, tiny Samantha Gordon, a ten-year-old pee-wee football player from Utah, is featured on the first commercial of the NFL’s “Together We Make Football” campaign. 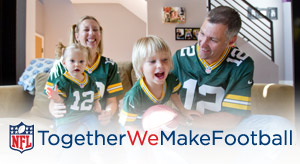 “Together We Make Football” is a contest where football fans of all ages, shapes and sizes are encouraged to share their stories of how football impacts their lives and what it means to them.  The contest narrows down to ten finalists, with five invited to take part in Super Bowl XLVIII festivities.  These stories can be in video, picture or story form and are posted to the “Together We Make Football” website.  The winners are chosen by a panel of judges, and the site’s visitors are invited to “like” the different posts; although these likes don’t have any affect on the contest winners.

So how can I, someone so inexperienced in all things NFL, take an interest in “Together We Make Football?”  By applying it to what I know.  This campaign is a perfect example of how subcultures form and become such tight-knit communities.  The Social Identity Theory of communication states that people have many different versions of themselves depending on the groups, or subcultures, they belong to.  Different social situations are what drive these separate “selves” to behave in certain ways.  The title alone explains why “Together We Make Football” exemplifies this theory.  Defining fans of football as a “we” takes thousands of people and brings them together into a single unit.

Social Identity Theory goes further, saying that people belonging to one group tend to favor others within the group at the expense of others on the outside.  This holds true in the NFL regarding team rivalries in which fans become passionately involved.  Rivalries are like a double-edged sword, bringing together fans of the same team while creating tension with the fans of the opposing team.

“Together We Make Football” reminds us that all fans are the same.  Ultimately, the goal is for their favorite team to win.  The campaign reminds us that all fans have the same goal, though it might be for different teams.  It allows people to share why they love the game so much, which can bridge the gap between rivals.  The different fan groups can become a single football-loving “we” because of the “Together We Make Football” campaign.

There’s no question that Budweiser left an impression with their “Brotherhood” Clydesdale commercial. Twitter was abuzz? with admiration for the unbreakable bond of a horse and it’s “brother.” But what about the other Budweiser commercial? The one where they announced their brand extension, “Budweiser Black Crown.” The commercial claimed to be made for the “finest” of our society by stating the beer is made from the finest ingredients and having a glamorous crowd call it their own.

It’s not uncommon to announce a new product or brand extension at the Super Bowl, in fact just last year Bud Light released “Bud Light Platinum.” This commercial claimed to be a step up from the regular Bud Light brew by striving for platinum, not gold.

It seemed to us that Bud Light took a bigger risk by ditching the typical crowd voicing their approval and choosing a stark white background to contrast the vibrant blue bottle. In this case, we think the risk paid off. Which commercial do you prefer?

The commercials from last Sunday’s Super Bowl have been flooding social media sites as they get passed around by friends. The Taco Bell “Viva Young” commercial has been  particularly popular with over two million views on YouTube. The commercial starts with a nurse at a retirement home putting an older man to bed. Then the old man sneaks off with friends to acquire the life of the young and, of course, “Fourth Meal” at Taco Bell.  This unusual group of pranksters are seen pool hopping, lighting firecrackers and even getting down in the clubs. The group building up a hunger ends their night at the Taco Bell Parking lot, and walking back to the retirement home as the sun rises. The song “We Are Young” by Fun, is played in Spanish (of course)to maintain brand continuity. Interestingly, that particular song became popular during last year’s Super Bowl; when it appeared in a Chevy commercial.

While watching the game, a friend said “talking babies and crazy old people always make the best commercials”. It is interesting to me that the most entertaining commercials are based on events that do not happen often (or at all!) The concept of “old folks” having partying hard and reliving their youth is entertaining and hilarious. This idea has been used before; the artist Modestep released a music video for their song “Sunlight”. This video was posted on YouTube on July 3, 2011 and has over twenty-two million views. The Modestep video has the same idea as the commercial but is not censored by the FCC. The Taco Bell commercial is a “clean” version of this music video as much of the material is not suitable for U.S. television. It Is remarkable to see music culture influencing the types of commercials we see.

The stylistic features of the commercial and music video are similar. Certain aspects, such as the shot angle and exposures, are close to the same. The idea of the older people going crazy and partying hard that Taco Bell portrays take you by surprise, particularly while considering that most of the commercials promoting their unique concept of “Fourth Meal” have been targeted to their younger consumers (who are more likely to be up late). This commercial appears to actively debunk the stereotype that elderly people are typically in bed by nine. It is interesting to see the commercial feature a group of people who may or may not consume Taco Bell given the primary target audience of most Super Bowl ads. Is this an opportunity for Taco Bell to expand to more mature (or not-so-mature) markets or just another opportunity to entertain the younger population at the expense of the older one? Regardless it is a reminder to “Live Mas” and while doing so, fill your hunger with Taco Bell.

You know what they say – “the best part about the Super Bowl is the commercials”. From the Budweiser frogs, to the GEICO Gecko and even Maxwell (the little piggy who cried “whee whee whee” all the way home) we are constantly receiving messages through creative entertainment. Whether or not you tune in for the game or the ads on Super Bowl Sunday  it’s inarguable that there are only a handful of other events that have the capacity to attract this much attention from such a large audience. Football fan or not, Super Bowl Sunday is all about packing into a room full of friends and family and eating Doritos, Dominos or wings from Buffalo Wild Wings while drinking a nice cold Budweiser. The circumstances surrounding this iconic American tradition combine to create an ideal environment for marketers trying to sell their products. Millions of diverse viewers will tune in and inevitably be bombarded with advertisements targeted to all ages and demographics; an opportunity that advertisers eagerly await all year.

That being said, it is pretty obvious that many big-name brands would benefit by planning huge advertising campaigns strictly designed to run during the Super Bowl. In the past it was imperative that these commercials were kept a secret until their grand unveiling during the big game. However, with the recent explosion in popularity of social media and internet video viewing platforms, things have taken a slight shift. Many of the advertisers supporting this year’s Super Bowl are now releasing “teasers” designed to increase anticipation of the full ad, as if these commercials were full-length feature films… and it doesn’t stop there. Some of the companies released the full edition of their Super Bowl commercial as early as three days before The Big Game. Well… that doesn’t make it much of a Super Bowl commercial, does it?

So now that these companies are releasing their special campaigns pre-Super Bowl, viewers will have the pleasure of seeing ‘Super Bowl’ advertisements running up to a week early. Some of the main sponsors created interactive campaigns in order to pre-determine which of their advertisements would resonate best with viewers. Doritos ran a “Crash the Super Bowl” contest where viewers voted for their favorite fan-submitted video to “win” and be played during the game. Similarly, Coca Cola varied from this strategy by releasing a teaser but letting the fans vote on the ending. 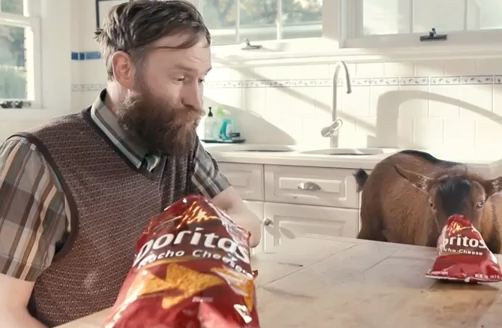 At the end of the day, there are successes and failures in the Super Bowl advertising process. From a marketing standpoint these ideas are pure genius. Directly involving the audience, either through voting or asking for audience submissions, builds the brand’s relationship with its consumers and brings more attention to their product. So for those of you with a pre-game tradition, you might want to begin by preparing yourselves for the commercial invasion that America likes to call the Super Bowl.