With the new privacy settings on Facebook even more of us are in denial that people on the outside can view our private information. Many believe that when you utilize the privacy features on Facebook, including restricting the search options for yourself, you are in control of who sees that information. Well you could be wrong, and it could be more than just a future employer analyzing your information.

Recently a marketer who wishes to know more about their cliental base, created a targeted marketing strategy or profit from selling the rights to this information which can now be used with Facebook. According to Ryan Singel of CNN.com, marketers can take advantage of a feature on Facebook intended for its users to find their friends by scanning through their email addresses in the feature known as “friend finder.” Marketers can take a list of email addresses they have collected and run them through this feature. Voila! Now they can see your full name, age, friends, gender, job and even location. Next they can even process all that data and make inferences about race, hobbies and sexual orientation. This would be a dream tool to any marketers to gain an even more inside look into their customers and their needs.

Many users have tried to restrict who can search for them through the search privacy options, but if your email address is known they can view the rest of your profile, which is now considered public information by Facebook. This information includes your name, current city, picture and networks. Facebook says it is working hard to find scammers and setting a limit on the number of email addresses that can be run through friend finder by an individual.  The site also says it encourages people to monitor their profile and adjust their privacy settings accordingly.

As of now it is unclear whether or not marketers have taken advantage of this outlet, but it would be very hard to know for certain.

With $112 million and counting in contributions to Haiti via the sacred text message number “90999,” it is no wonder thousands are praising cell phone technology, which has now proven itself as a successful tool in mobilization. CNN.com reported that during the “first 48 hours of the campaign, the amount of money raised was greater than the Red Cross brought in during similar periods after Hurricane Katrina and the Asian tsunami disasters.”  Red Cross spokeswoman Carrie Housman claimed it was a viral phenomenon that had 10 year olds pledging to help.

Even with all of these hard-hitting numbers of good will, nothing is perfect. Scams raged ramped, rumors were “tweeted” and continue to circulate. Phone companies were praised and then quickly bashed when word was received they would not donate their customer’s pledged money for a length of 90 days. Verizon quickly refuted this issue on Friday by immediately sending a check for the $3 million donated.

As Americans continue to text donations, it is evident that ease and accessibility are the key components in this campaign. Donations can be made any time and anywhere, and perhaps most importantly, without hassle. These simple components instigated a viral reaction, which accelerated exponentially through support of a number of companies, celebrities, and the White House. Text messaging served as the easiest most accessible outlet for Americans to react as the media continued to shock and awe through photographs, video-clips and news updates.

Perhaps this new mobile technology is one of the new ways we are engaging Putnam’s social capital. Though this act of texting-to-donate is “doing-for,” where can the line be drawn when “doing-with” is not feasible?  If what people need more than physical help is money, who’s to say that “doing-for” is not the same as going to Haiti in person? Perhaps, in this case, “doing-for” during a new age of mobility will change the way America views “helping.” In referring to the text-to-donate phenomenon, Jeffrey Nelson, executive director for corporate communications at Verizon Wireless declared, “This is the new paradigm in philanthropy.”

What does it mean to brand yourself?  More specifically, how does the Internet allow users to create a new brand to the World Wide Web?  These questions often arise when affiliating yourself as a user of any online network and ultimately challenge users to maintain a cohesive and congruent image of themselves.

Branding is essentially portraying yourself to the public in such a manner that is positive in reflection to you, the brander, and the target audience, the receiver, communicating a direct message of your choice.  The Internet is the latest medium to expose yourself to others, where “others” can be categorized as potential employers, customers, friends, or any persons seeking a need to fulfill an unmet desire.  With the Internet as a resource conglomerate for nearly any purpose, branding comes in a diverse variety and presentation.  It is not illogical to assume that Internet users can ultimately brand themselves in any way, shape or form.  It is also not illogical to think that Internet branding will be a necessity, generating much effort on the brander’s behalf to communicate the intended message amidst other marketing clutter.

CNN.com recognizes the modern craze of Internet branding.  In an article posted a few months ago, Mark Tutton, author of Me 2.0: Branding Yourself Online, elaborates how an Internet user can go about achieving a particular brand in mind.  With a condensed yet helpful version of how one can gain personal (hopefully positive) publicity, Tutton gives many steps to newly, unbranded users starting with an internal analysis and ending with helping others in hopes of reciprocity.

As our class is initiating into the semester and sifting through the latest challenges our professor bestows, we too are faced with our own brand, mostly in reference to our blog and what we are hoping to portray.  As branding is an on-going process especially as trends come and go, we as Internet branders must remain attentive to our target audience and follow the tips provided by CNN’s Mark Tutton. 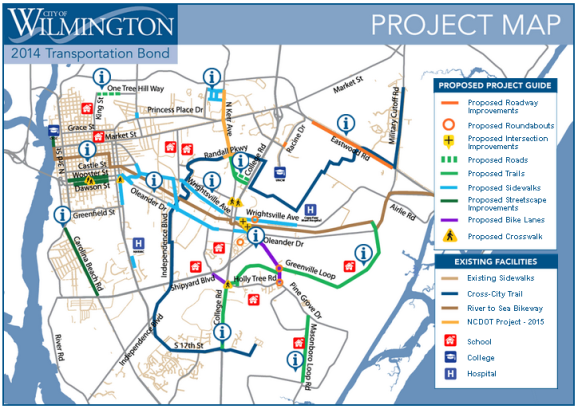