Miquela Sousa, more popularly known by her handle as @lilmiquela did it. 1.5 million Instagram followers later and still no known pulse. Odd, right? Apparently not in today’s “influencer” market. An influencer (thank you Claira’s Monday blog) is someone who gets paid to promote a brand, typically due to their extensive following. 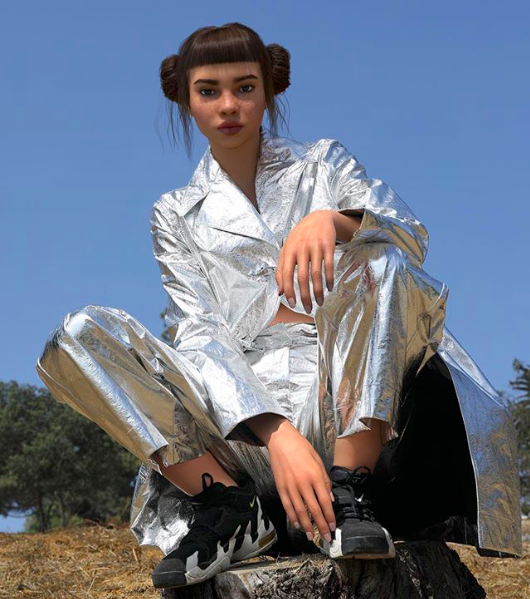 At first glance trust me, it’s ok to do a double take. Lil Miquela is perplexing to the eye. She’s a computer-generated 19-year-old Brazilian-American model who is often mistaken for any other living, breathing Instagram star—and the best part is that nobody really knows who the magic behind the account is. In recent posts, she has been sporting brands like Baauer and Ugg, been hanging with the Olsen twins, and even been encouraging the citizens of United States of America to vote. Lil Miquela has a voice and people are listening. To a “girl” who even refers to her own self as a robot, WHY do we keep engaging?

Influence marketing is becoming imperative for branding products and Lil Miquela is a stellar example of how anyone can gain a following large enough to lead them to the land of influencers. We want to be her. We want to know what she does, what she wears, where she gets her pepperoni pizza. Everything. And often times our own brand choices and perspectives end up reflecting Lil Miquela’s own. But how did she get here?

Going from zero to hero takes a plan and whoever is behind Lil Miquela’s persona had a lot to consider before taking on this project. In order to become famous on Instagram, it is crucial to tell a story—a unique personality is key (think Kardashians). According to Caroline Forsey, who researched 14 people that gained stardom simply by their social accounts, some tips to consider when trying to make yourself competitive are to set an aesthetic tone from the beginning and stay consistent, quality is what keeps followers coming back, and engagement is literally everything. If your followers feel like they know you, whether you exist or not, they will gain trust and want to be like you. Integrated Marketing Communication is essentially optimizing the communication of a message and Lil Miquela has created a picturesque platform to fascinate over, leading us to question the reality of our own lives along the way.