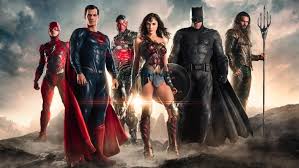 ‘Tis the season for family, fun, and… advertising. With more time to fill than any other point in the year, companies amp up their marketing strategies to tell us just what to do to pass those hours. The movie industry utilizes this time in its full extent to release films that continuously break box office records. If a film has a high anticipated success rate, releasing it around the holidays will ensure that the amount of money the film is bringing in is maximized. Let’s analyze the most anticipated films and the trends they share.

Blasts from the Pasts

Jumanji and Star Wars: The Last Jedi are classic films that can bring in a wide range of audiences, but particularly cater to the family dynamic. How are you going to get dad into the theater with his family? Bring back a movie from his past so that he is just as invested in the film as his pop culture-concerned family. Star Wars and Jumanji are highly anticipated films because they are reinventing classics, making the following of the past combine with the following of the present to bring in the most revenue as possible.

Everybody Needs a Hero

In the past few years, the film industry has taken a liking to super hero films. It makes sense; there’s action, comedy, attractive people, the good conquers all mentality… there’s something for everyone. With high anticipation for these films, a holiday release means rolling in the big bucks. Similar to the blasts from the past, these films cater to the family dynamic and is something that everyone can agree is worth watching. Films such as Thor: Ragnarok and Justice League have the hype to bring in a large crowd and catering their release to around the holidays where families are together and looking for something to do makes their success escalate that much more.

The holidays are a time to break from the chaos of life, and what better way to do that than through laughter? Films such as Pitch Perfect 3 and Daddy’s Home 2 offer an escape from reality without being too much for the brain to process. Comedies are a great film to watch with a friend you haven’t seen in a while or with your cousins to lighten the mood during the holiday season.