Halloween is officially over and the Christmas songs are finally acceptable to listen to.

As we begin to make our travel plans, it’s important to remember what a busy time of year this is and remember the people behind all of this travel!

According to the United States Bureau of Transportation, the number of long distance trips traveled by Americans around Thanksgiving increases by 54% during Thanksgiving and 23% during Christmas/New Years.

As most of us already know, traveling during this time of year is anything but relaxing or easy. Particularly when it comes to traveling via airplane.

Here’s what some airline companies are doing to stand out among the rest during their busiest season of the year:

In order to push sales and get people to buy tickets earlier, companies like Southwest Airlines are offering special offers on flights if you purchase your tickets before the first week of November. In addition to this awesome deal, Southwest decided to throw into an extra checked bag for free, claiming that by purchasing tickets early customers are allotted an extra bag so that there’s “plenty of room for presents”. It pays to book early!

As we know when it comes to marketing, proximity is one of the most important tools a company can use to capture an audience’s attention. WestJet airlines has been the one to beat when it comes to advertising during the holiday season. Last December, WestJet came out with a video advertising a “Snowflake Soiree” (as shown below) that they held in Fort McMurray after sever wildfires had just about burned everything to the ground. This event raised money for the town and gave out presents during Christmas time. What better way to get people to book with you than to emanate the spirit of giving during the holiday season? Props to you WestJet! 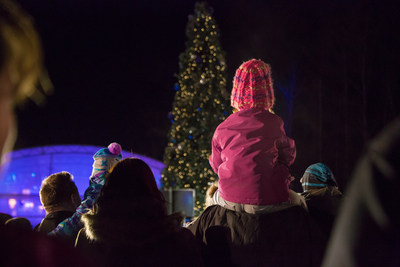 So this holiday season, be proactive and book early! And don’t forget to keep an eye out for which companies truly care about getting your business and attention!