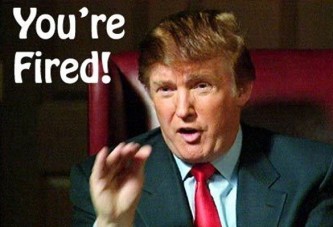 Donald Trump, President of the United States, or “The Donald”? I know we are all tired of hearing about the election, but the marketing and communication strategies used by the new president-elect stand out from many before him. Donald Trump has been a public figure for years now, and over the course of this election, we have seen his image change from businessman to politician. How do we separate these identities? One appeal to some voters this election was the shift that Trump brought by not being the typical politician running for the presidency, but a real estate mogul and even reality television personality who decided to change his career path. (Who remembers “The Apprentice”?)

Trump established himself as his own corporation through his real estate company, named the Trump Organization, owning golf courses, beauty pageants, and various other business ventures. He has been seen first and foremost as a businessman and many Americans have followed his business career for years. On this side, Donald Trump has promoted his corporate identity as being hardworking, entrepreneurial, grand, elegant, upper class, etc.

Fast forward to last year when Trump decided to run for President of the United States. He traded in this logo:

At this point, Donald Trump had choices to make about what kind of identity to portray in the world of politics. While he remained as outspoken and blunt as ever, he had to create new aspects of his image. He has been known to have changing views throughout the years, but now he was forced to stick to one set of beliefs to run his campaign on. This included conservative, traditional views, tax cuts, stricter immigration policies, and reform of veteran care. Overall, you can see from his slogan that his political identity is that of improvement and restoration.