I decided at a young age that my dream was to go to college and earn a Bachelor’s Degree. In high school I set my sights on Appalachian State University. It was the only school I toured and the only school I applied to. This was the place I thought I would spend the next four years of my life and earn a degree in Exercise Science before going to grad school for Physical Therapy. I had everything planned out and even a backup plan just in case. The thing about life is, it rarely goes according to plan.

I ended up spending only two years in beautiful Boone, NC where I made many wonderful friends, went to more football games than I can count, and spent every weekend on the blue ridge parkway or on a snowboard. During my sophomore year, however, my life took a turn. It’s important to note that I’ve always had seasonal depression in the winter and I stubbornly chose a school where it is winter 10 months out of the year. With this being said, my seasonal depression obviously became full blown depression. I also developed anxiety and panic disorder, I was failing my science classes, and I basically thought my life was falling apart. Other things also occurred that left me seeking some sense of normalcy by transferring to UNCW.

When I got here, my depression went back to the much more manageable winter blues. I also found out that I have Attention Deficit Disorder which was causing me to fail my classes and was the main cause of my panic attacks. With this positive turn around, I changed my major to Communication Studies. I found my niche in IMC and Advertising, began focusing on what I was learning more than my grades, and now I love what I do.

Five years and two schools later, I’m finally accomplishing my dream of graduating with a Bachelor’s Degree. What I thought was the worst possible scenario ended up being the best thing for me. Nothing turned out the way I thought it would, but everything is turning out exactly as it should. Now I’m off to find my new dream!

Congratulations Class of 2016 and a special cheers to all of my fellow fifth years…we did it! 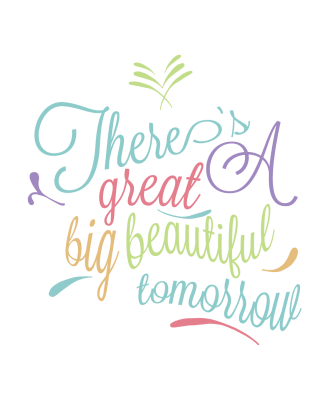