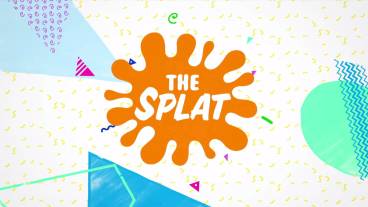 If you are currently a young adult, then you probably have at least some familiarity with the Nickelodeon of 90’s. It was the only channel on TV that aired shows such as Hey Arnold, Angry Beavers, Rugrats, and CatDog, shows that are now looked back upon through the rose colored glasses of nostalgia. These shows have held up as timeless classics in the eyes of those who once watched as children, and last year on October 12th, 2015, Nickelodeon realized how much demand they still had. Thus The Splat, a block from 10 p.m. through 6 a.m. in Teen Nick’s schedule, was introduced to deliver Nickelodeon classics every night.

While some of these old Nick favorites can be found on streaming services, such as Hulu or Netflix, The Splat provides the full package. In an attempt to capture as much of the 90’s as possible, The Splat frequently airs old commercials and short animations to create the most realistic 90’s TV feel. It is the goal of The Splat to recreate as much of the past as possible.

While they are attempting to recreate the past, however, The Splat successfully utilizes advertising tools that simply did not exist in the 90’s. The splat incorporates popular forms of social media into their programming and encourages as much viewer feedback through social media as possible. For instance, they allow for live tweets during shows, they allow fans to post their favorite TV moments on Facebook, and they encourage fans to vote for which episodes will be airing on following nights. A set of Nickelodeon Emojis was even released to be shared amongst friends. All this can be accessed and viewed at their website where they also have nightly schedules and feature additional content.

The wave of 90’s Nick nostalgia was even picked up on by the Charlotte Hornets as they hosted their own “Nickelodeon Night” on March 1st. During the course of the night, events around the stadium showcased 90’s Nick nostalgia as the Hornet’s social media accounts posted old cartoon references. They even played a live version of the the old hit game show “Double Dare” during halftime. It is events such as these that show the power nostalgia can have and the excitement it can bring in the form of advertising campaigns.