Valentine’s Day is a globally celebrated holiday. In America, we associate this day with the colors pink and red, chocolates, dates, jewelry, and most importantly, love. Celebrating Valentine’s Day didn’t start out as a bed of roses though (pun intended). In fact, Valentine’s Day began hundreds of years ago under melancholy circumstances. So, how did it evolve into the consumer-based holiday we know today? Let’s find out.

Valentine’s Day originated from the pagan fertility festival, Lupercalia, which was held every year in mid-February. Claudias, the Roman Emperor at the time persecuted the Christian church in many aspects but most significantly, he forbade the marriage of young couples. Society at the time held paganist views, more readily accepting polygamy than an exclusive relationship. Furthermore, Claudias believed that love clouded the minds of his soldiers and prevented them from fighting to the best of their abilities in fear of risking their lives and not returning to their wives. 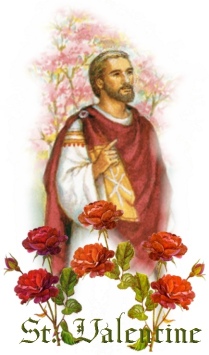 It was during this time that the Roman Priest, Father Valentine, rebelled against Caudias’ law in favor of his own Christian beliefs and married young couples in secret. Eventually, he was caught and sentenced to death. During his time in jail, it is said that the young couples he married brought him gifts and flowers. It is also rumored that he fell in love with his jailer’s daughter and on the day of his execution, which was February 14th, he sent her a letter signing it “From your Valentine”. Sound familiar? This dying man’s final words inspired the rhetoric used in the cards and other products produced for modern day Valentine’s Day.

The Valentine’s Day card has further origins in the church, initially found in the form of small devotionals. These devotionals would be decorated in heart shapes and flower patterns and given as gifts. This is believed to be the precursor to the Valentine’s Day cards we know today. Great Britain began to traditionalize the exchanging of cards and gifts on this day during the 1700’s and it quickly spread to America. The 1800’s saw the first mass produced Valentine’s Day card and the holiday consumerism exploded from there.

lentine’s Day has become completely overrun by consumerism. Businesses carry out advertising campaigns to promote their product specifically during this holiday to capitalize off the platitudes of the Valentine. On average, Americans purchase around 35 million heart shaped boxes of chocolates, 1 billion Valentine’s Day cards, and 220 million roses. Of course, there is the jewelry. Approximately 6 million couples are likely to get engaged on Valentine’s Day. That’s 6 million engagement rings. If you’re in the business of weddings, business is booming! Valentine’s Day has seen a steady growth over the years and sales keep soaring higher and higher. This once holiday of love, gift giving, and selflessness has become clouded by consumerism.

Valentine’s Day, inspired by St. Valentine and forbidden love, is not unlike that of Romeo and Juliet. We enter into this consumer-crazed holiday despite the impact it has on our wallets. Some of us are fully aware of what we participate in, knowing we are victims of a successful centuries old campaign exploiting our hearts. In this manner, similar to Romeo and Juliet and not unlike St. Valentine, perhaps we have been doomed from the start.