Before the invention of social media, the word “celebrity” was reserved for people who walked the red carpet. Fame was earned by movie roles, album releases, and tv series’ success. The invention of social media has led to a new kind of celebrity where success is not determined by Grammy or Emmy nominations, but instead by number of likes, favorites, and retweets. Social media platforms like Instagram, Twitter, Facebook, Vine, and YouTube have opened new doors for users of any age who have a quick wit, an innovative idea, or are simply great at marketing themselves.

Essena O’Neill earned her celebrity status in high school through Instagram, blogging and YouTube. The beautiful, fit Australian posted pictures that accumulated thousands of likes and repeatedly landed spots on Instagram’s “popular” page. Brands noticed and began reaching out to her to endorse their products to her half a million followers. These opportunities led to modeling deals in Los Angeles, California. As far as internet stardom goes, Essena had made it. She was making a career out of what people perceived as her “being herself” online. 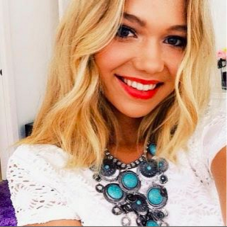 Recently, the 18-year-old has been making headlines for a different reason: she not only quit social media but is publicly condemning it. Essena quit social media in pursuit of a more authentic life. She created a website titled Let’s Be Game Changers to explain her choice and to encourage others to live more authentically. In a blog titles Social Media is not Real Life she writes, “social media -as the current system of numbers and money dictates- is not genuine life. It’s purely contrived images and edited clips ranked against each other. It’s a system based on social approval, likes and dislikes, validation in views, success in followers… it’s perfectly orchestrated judgement.” Essena claims she was paid hundreds of dollars by companies for sharing a single picture of her wearing their product.

Thanks to postmodern consumer culture, it’s become the social norm to define yourself using brand names. So, is it so wrong for Instagram users to accept payment for posting pictures of themselves wearing brands? Essena thinks so. “They don’t tell you (just like I didn’t) because then any conscious minded individual would distrust their judgment and therefore not blindly buy the product. If the influencer told you that they made $1000 from the promotion it would completely contradict the company’s aim.”

Essena brings up an interesting point about brands and social media transparency. However, was she at fault for playing a part in fooling her audience? Andrew Potter takes a deeper look into brand transparency in his novel The Authenticity Hoax using what he defines as “plagiarism”. His definition states it is “a form of intellectual dishonesty that has the desire for concealment or deception at it’s aim.” Essena admits her previously inauthentic lifestyle was dictated by the pressure to be popular on social media and the endorsement of brands.

Essena has received an abundance of positive feedback about her decision to quit social media. However, not everyone agrees with the stance she is taking. Social media CEO and popular YouTube vlogger Zack James claims: “Social media can be whatever the user desires it to be. Allowing yourself to become pressured into a false life that you’re uncomfortable with is the result of your own actions and intent. The inability to define yourself, your life, your own sense of confidence comes from a lack of trying to understand yourself.”

Does Essena have a right to hold social media responsible for her lack of living an authentic lifestyle? Comment your thoughts below!