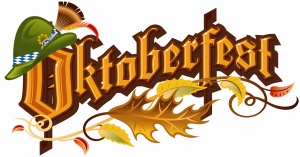 Cheers/Prost! Oktoberfest is known as a celebration of beer, food, and all things fun in Germany. But, the festival’s roots extend into a more romantic history. What is today’s excused to consume different breweries, German foods, and participate in many activities, started as a way to celebrate the marriage of the Crown Prince Ludwig and Princess Therese von Sachsen-Hildburghausen on October 12, 1810. This couple took the concept of an “open bar” wedding to new levels, by having a festival five days later with horse races, performers, and Maerzen beer- an amber-gold lager with 6% alcohol and unique German hops. Over time, the festival has been tweaked and embellished with details like lederhosen and dirndls for the attire, parades, and multiple pubs in participation. More than 7 million people attend the opening ceremonies, and many are entertained from the first Saturday in September to the first Sunday of October.

When you hear Oktoberfest, what do you think? Many individuals go straight to, “beer festival!” But, Oktoberfest is not a beer festival per se. We know… you’re probably experiencing shock and horror. What you are feeling is cognitive dissonance, experiencing a feeling of tension when your beliefs do not align with actions. There is nothing wrong with thinking Oktoberfest is a beer festival. Since Germany’s brand is associated with beer- that assumption is not far off. But as we stated before, this festival was originally to celebrate the marriage of two individuals in the 1800’s and as time went on, the original meaning faded due to tourists and lack of knowledge. 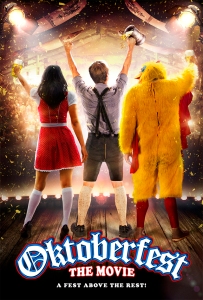 So how did Oktoberfest get this brand associated with drinking beer and eating German foods? Besides the stereotype that Germans drink beer heavily, marketing through mass media has played a part in portraying this brand image. Popular movies such as Oktoberfest (2005) and Beerfest (2006) depict the common beliefs, attitudes and habits of what is assumed to occur at the festival in Munich, Germany. Since this event has been successful for the past 182 years, it’s brand engagement has spread internationally. The annual festival has become so large that Canada, Brazil, and Hong Kong are just a few countries that try to replicate it. In Michigan, as an imitation of the horse race they hold a Weiner dog race. The festival cliche does the marketing itself. A huge gathering with access to lots of food, drinks, and exciting activities! Who could turn down this celebration? People get excited about experiencing the brand of Oktoberfest that provides the collaborative culture.

Lucky for us, we don’t have to travel to Munich to have a festival. Germany may have been the first to hold Oktoberfest, but the United States hasn’t missed out on the fun. Here are a few American cities who have taken their own twist on this German tradition.

It’s interesting to look at the way words and symbols change over time. If you look through the history of any phrase or word, you will find the meanings behind them are often changed or have evolved over time- often landing far from where they started. This is explained in part by the theory of semiotics of language. Words take on new meanings, sometimes intentionally, most times naturally. In this case, we are applying the theory to an event, which is not its original purpose. You can look back year-by-year as the Oktoberfest transformed from a horse race that celebrated marriage, to an international beer and food festival.

The 2015 Oktoberfest brought in 5.9 million guests from Munich and all over the world! This fall festival is on our bucket list, what’s on yours?