The Super Bowl draws in more than 100 million viewers each year from around the world. Some watch for the game but many of these viewers only watch for the debut commercials. Companies spend upward of 4 million dollars for one 30-second spot during the four-hour broadcast.

Although we will still see the classic Budweiser and Coke commercials, Doritos will be ending a 10 year tradition. Since 2006, Doritos has run their “Crash the Super Bowl” campaign, which allows consumers to submit a 30-second ad that could be aired during the Super Bowl. This has generated some of the top Super Bowl commercials of the last decade.

After 9 years, 8 installments, 32,000 entries and 7 million dollars in prizes Doritos is abandoning the project because of risks involved. The company feels the contest would no longer be profitable because of increasing prices for ad space. 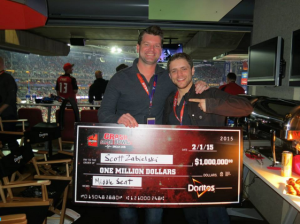 On one side, Doritos now has the reins of their Super Bowl ads; however, ending the contest could upset participants and viewers that have followed the campaign. While we still have the 2016 “Crash the Super Bowl” ad, it remains to be seen how Doritos will position themselves for Super Bowl LI.

Do you think Doritos’ decision to end the campaign will impact them positively or negatively?