Grab your patriotic gear and set your TV recordings—the 2014 Winter Olympics begin today! While the official opening ceremony will not be held until tomorrow, the first five events of the Olympics are being held today. As the world has anxiously been awaiting the kickoff to the winter games, official sponsors have been preparing promotional material for months in order to promote their brand in conjunction with the Olympics.

One of the Olympics’ worldwide partners, Procter & Gamble, created an entire “Thank You Mom” advertising campaign for the 2012 London Olympics, thanking moms for their hard work and dedication in assisting their children to become Olympic athletes. Whether it was waking their children up for early practices, or simply driving them to training sessions, the campaign highlighted the mother’s supportive role of the athlete’s journey to worldwide success.

This year, P&G won over the hearts of many with an emotional second chapter to the campaign, titled “Pick Them Back Up”, specially crafted to promote this years Winter Olympics. Check out the video below.

Tear-jerking, right? Since its premiere during the Golden Globes, the video has gone viral and has been viewed over 13 million times on YouTube. With the slogan, “For teaching us that falling only makes us stronger,” the commercial effectively hits America’s soft spot by thanking mothers for encouraging their children to pick themselves up after they fall and keep working towards their dreams.

In addition to the heart-warming tribute to moms, P&G also created feature videos on specific 2014 Winter Olympic athletes and their mothers. Each video gives the world insight on the athlete’s unique journey to the Olympics, and the backbone behind their success—their mom.

P&G strategically incorporated pathos into their campaign in order to entice and persuade viewers using an emotional appeal. By inviting the world into the Olympian’s lives and sharing their stories, P&G gives viewers the chance to connect and relate to the athletes on an emotional level before the games begin. We watch as the future Olympians stumble, fall, get back up and push forward on their journey to become professional athletes. 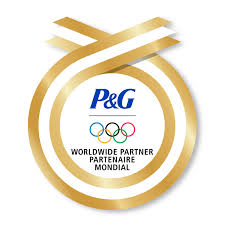 The commercial gives the audience an opportunity to join and follow this year’s Olympians on their path to success by utilizing elements of pathos. The story has all of the warm and fuzzy emotions people typically like to see: smiling babies, determined children, great triumphs and most importantly, supportive mothers. After viewing the video and witnessing the athlete’s triumph over hardships, we feel the emotional obligation to follow the stories of the current Olympic athletes.

“A mom’s love of a young child who is an athlete is a universal emotion,” Vice President of P&G said about the advertisement, “These commercials create positive feelings. When consumers think about the brand, the feelings will transfer over.”

With the special “thank you” being directed at moms everywhere, the idea is that parents and children will want to immediately run to one another and share a misty-eyed hug. P&G  wants to associate themselves with the inspiration that accompanies the supportive relationship between a mother and child, as well as provide an opportunity for the viewer to join in on this feeling.

P&G has done an incredible job  branding themselves as a family-valuing company. Through the newly released commercial for the “Thank you, Mom” campaign, that began back in October 2013, P&G has reinforced consumers that they believe in family and are devoted to all of the hard working mothers in the world. In the first video in the campaign P&G stated, “The hardest job in the world, is the best job in the world. Thank you, Mom.” This campaign has become one of the largest multi-brand activations in the company’s history. P&G is delivering their brand message for the Sochi Olympics through a variety of media channels globally.

Marc Pritchard,P&G CMO, states that the focus of their marketing tactics have shifted predominantly to the internet. “I really think about it as digital first. We think of search and social and video and display as the first focus. That’s where our consumers are spending their time” stated Pritchard. The campaign has already been a huge success through its emotional components accompanying the Olympics to market its products’ relationships with consumers, especially to the mothers of the world.

By incorporating pathos and reinforcing their family brand image using mothers as a focal point, P&G aims to increase brand propensity within their target audience. They hope that connecting to the audience on an emotional level, and in conjunction with the Olympics, will persuade consumers to chose their brand over their competitors. Do you think this ad worked? Does this campaign make you want to watch the Olympics?