Every woman wants to look beautiful.  Being a woman, in today’s society, we have been surrounded by the wonderful world of make up since the young teenage days of stealing make up from older sisters.  Women are hardwired at a young age to see makeup ads, buy makeup products, and apply!  As lead cosmetic companies compete against one another for their number one demographic, young women; some cosmetic brands have been questioned on the validity of their advertisements.  This could be a leading factor for why the UK’s advertising laws are becoming more and more regulated. 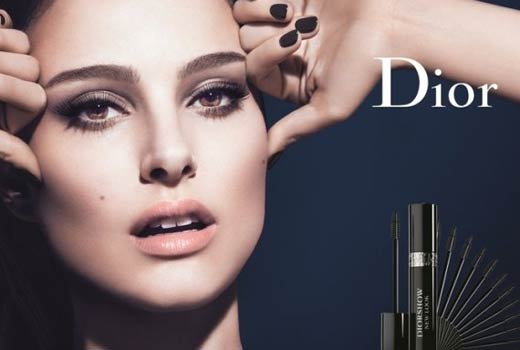 In the fall of 2012, many Christian Dior advertisements were banned from the UK due to Natalie Portman’s Dior “New Look” mascara advertisement, accused of using exaggerated effects portraying luscious long lashes. The Advertising Standards Authority (AVA) had one complaint; it did not come from any consumer though, it came from Dior’s rival, L’Oreal. As reported on ABC news, “Dior told the Advertising Standards Authority that Portman’s natural lashes were digitally retouched in post-production to lengthen and curve them”.  You may ask, isn’t every cosmetic company out there adding some kind of digital airbrushing? This ethical problem Dior faces is something that happens quite often in the United States but is rarely called out on.  The young women in America are so conditioned to false “retouches” in cosmetic advertisements, that it is expected. If we know these advertisements are outrageously exaggerated, how do so many consumers get reeled in and buy the product anyways?

Daniel Kahneman, author of “Thinking, Fast and Slow”, would have something to say about this; he would probably say the consumer decisions of these young ladies are due to the way they think, they are using System 1 thinking.  System 1 thinking gives you the ability to evaluate, using a basic assessment of a situation or person.  The basic assessment young women make after seeing this advertisement is the acceptance that a beautiful, well-known, actress uses this product and looks like this.  System 2 thinking gives you the ability to see an error in system 1. In other words, your mind can believe when proven the photo is digitally effected, but that is not what initially comes to mind.

I personally am glad advertisement regulations are becoming more strict, and that companies and consumers are calling out false advertising. Cosmetic companies do take advantage and influence the youth with luxurious pictures, promising them with beauty. Hopefully prominent makeup brands will be ethical in the future with the product they are promoting, because women want the same luscious lashes we see in magazines!