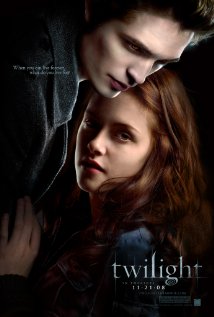 There was once a time when the word “vampire” was associated with fear, scary movies, and evil. No one wanted to be a vampire; they wanted to hide from vampires. Over the past few years words associated with vampires have been more along the lines of “sexy,” “exciting” and “cool.”  Many people believe you can trace these changes back to Twilight, the book series that was turned into a movie in 2008. Stephenie Meyer, the author of the Twilight saga, completely altered the image of a typical vampire around. Vampires used to be portrayed as terrifying people who would only come out at night, slept in a coffin, and had skin that looked almost grey.  Meyer portrayed vampires as suave, fashionable, intelligent, and desirable. Instead of being harmed by sunlight, Twilight vampires simply sparkled when they were in the sun.  Young girls across the country swooned over Robert Pattinson when he became the star of the movie series. Many women even stated that they wanted to become a vampire.

Since the first Twilight book hit bookstores back in 2005, this romanticized idea of vampires escalated into quite the fad in the entertainment industry. TV stations began to make their own spin offs of the vampire stories. Two of the most notable vampire shows are HBO’s “True Blood” and The CW’s “The Vampire Diaries.” Both of these shows took hold of the idea of vampires having a vast amount of sex appeal. The casts are made up of attractive young men and women who spend a lot of time in romantic relationships with one another. Men and women alike are attracted to the vampires depicted on their television screens. These shows market vampires and their lives as being sexy, as you can see in the commercial for season 2 of The Vampire Diaries.

TV producers saw the craze that the Twilight book and movie series created and took Myers’s idea and ran with it.  True Blood and Vampire Dairies have also created a strong audience that is keeping the Vampire trend alive.  These shows have not altered the image of vampires quite as much as Twilight did, rather they have definitely brought more attention to the vampire trend in the United States. Will these blood-suckers continue to be sexy and desired by all, or will vampires go crawling back to their coffins and return to their more spooky origins?