Do you know how to transfer your buddy list? What is your Myspace song today? Why did you lower me in your Top 8? Where did you get your buddy icon? Remember when these were your biggest worries on social networking? Nowadays, a social networker must be fully aware of everything they post, every picture they are in, and even everything they click on. 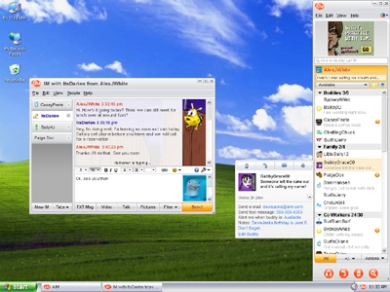 When social media first began, it is doubtful that anyone could have predicted where it is today. Employers search Facebook, Twitter, and LinkedIn before hiring new staff. School systems are implementing cyber bullying policies across the nation. Even our parents are sending us friend requests. It is hard to come by someone who doesn’t have a Facebook or Twitter. Due to the popularity of social media, it is no surprise advertisers want to tap into this huge online market.

What began with AOL Instant Messenger, evolved into the Myspace fad, and now Facebook, Twitter, FourSquare, Pinterest, LinkedIn, and Instagram have joined the scene. After Myspace died out, there was much debate about how long Facebook would last. With the help of advertisers, it seemed like it could potentially last forever. Unfortunately, with the rise of other social networking sites, Facebook has seen a less than desirable decline in popularity. Now Mark Zuckerberg, the CEO of Facebook, is having to persuade advertisers to continue investing. In an interview covered by ABC News, he “[promised] better results as Facebook’s mobile app is made friendlier to advertisers.”

What does this mean for users?  More advertising headed your way! If you’ve seen Facebook’s login page lately, you might notice that it has officially been sold. It is hard not to notice as it takes up more than three-fourths of the screen. When Myspace sold their front page, it was the first sign they were not cutting it anymore. Does this mean Facebook’s “in” time is ending soon too? Not if Zuckerberg can help it.

You might notice the sidebar ads following more closely to your internet searches. As Facebook tries to evolve to keep up with the market, Zuckerberg stated that he would like to make Facebook a search engine that could compete with Google. It is no coincidence that the items you were looking for on Amazon a couple of days ago are popping up in the ads you see on Facebook.  Long gone are the innocent days of simply “lol”ing with your buddies on AIM.  It seems now more than ever before the public will become a constant target for advertisers.